Posted by Per Michelsen in Uncategorised On May 19 2011

Arctic Images (arcticimages.com) is own & managed by 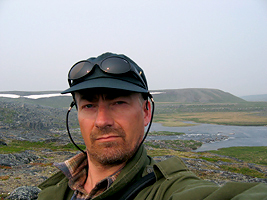 The intention with this Web Site is to show the Arctic World with all its beauty to the public, and make its images wide spread.

GENERAL
Arctic Images was established as a company in 2002 and content photographs back to 1975. This year was the beginning of a 16 years old boy`s interest for wildlife photographing. Ever since then I have had a deep & genuine interest of our living creatures of the north. I started as for many naturalists with bird watching,- for so to expand the interest to nature in general.
Norwegians have for hundreds of years looked to the north. This can be seen by norwegian place names on old (& new) maps over the earth`s arctic land. May be it was the reading about these explorers, trappers & sealers that made my interest. Together with the beautiful arctic landscape, arctic wildlife and people there,- it is no wonder why my direction was set northwards.

PHOTO In 1973 I purchased my first camera, a simple East German 135mm camera named Beirette. NOK 125 (US $20). In 1974 the standard raised sky-high with the investment of a 135mm SLR Mamiya 500TL. The system became complete with wide angle and telephoto lenses.
Later the systems was changed from Nikon-Olympus-Canon,- all 135mm cameras.
Most films used were slides film; Kodak Ektachrome High Speed (160 asa) and Kodachrome 64 were favorits. The Kodak EH films from 1975 have by now (2005) faded & become miscolored (yellowished), but the Kodachrome colors are still as they were when developed.
Many hours in darkroom have passed. Lots of enlargements have been developed, both B&W and colors. In 1985 my second camera revolution began with the purchase of medium format camera, a chromed & black Hasselblad 500C. Not long after my new system was completed with several other H.Blad cameras and lenses from 50mm to 500mm. The cameras could be remote-controlled by modified model air plane servo motors & radio contollers (transmitters & receivers). Ektachrome 64 and later Fuji Velvia 50 became favorit films. Huge enlargements could be made,- tack sharp.

A TOTAL new life began when the good digital cameras entered the scene in 2002 . It all happened so fast,- too fast. Until then I was fully satisfied with my Hasselblad equipment the last 10 years. Even when I bought medium format film scanners (Polaroid SS45 & SS120). I digitalized many photos taken all back 25 years ago. But the brilliance, tone gradations and clearity with zero grains in images from the new digital SLR`s changed it all. In 2003 I invested in Canon DSLR`s, and are extremely satisfied. I am both sad and happy to say that the old and (yes,- heavy) Hasselblad equipment are about to be stored away.
It`s a new photographic life now. I carry only 1/3 of the weight compared with the analog H.Blad equipment. The quality is amazing. But the sky hasn`t turned total blue. There are also issues to consider (a worry for many); power consumption, front-back focus errors, color spaces, firmware & software upgradings, RAW-converters, image storage systems – and more.
But all in all,- fantastic cameras – fantastic quality.
Lucky are the beginners of today.

By continuing to use the site, you agree to the use of cookies. more information